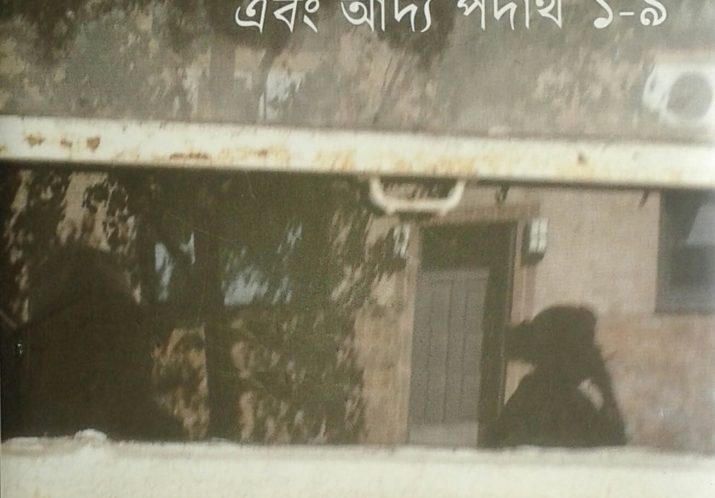 “Sinkholes are everywhere now” ends one of Christoph Keller’s very short, almost poetic, sometimes disturbing, always surprising texts. Written in English and available only in Santiniketan, West Bengal, at the book store Zur Rose, and at Parterre33, his new book A Meaningful Life 2.0 with Primal Matter I-IX shows Keller inspired and scar(r)ed by the twenty years he lived in the U.S. He wasn’t writing about Trump when he penned the line “Sinkholes are everywhere now,” but he wasn’t surprised to learn this spring that the White House has its very own sinkhole. Christoph Keller will read with his wife, the poet Jan Heller Levi, and his dear friends, Florian Vetsch and Clemens Umbricht who’ve translated a few of Christoph’s texts into German.

I don’t have to tell you that Trishna believes everything about God. It worries me that she might have heard of the early gnostic Basilides who said what defines God is that he is not. Can you find out whether she’s aware of this? Be gentle.

From A Meaningful Life 2.0

it didn’t taste so good
it’s always so hot now, father
but, please, believe me

from Hip Hops: Poems about Beer

Where can I find out less? 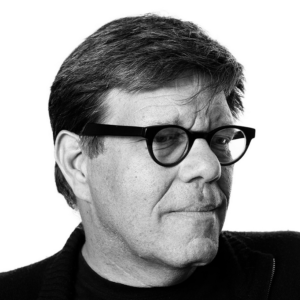 Christoph Keller is a novelist, playwright, essayist, photographer and general man-about-town in a wheelchair. He was born in St. Gallen, but has spent a lot of time in New York City in the last twenty years. Keller now writes in both German and English. In 2016, he published the novel Das Steinauge in German, as well as the collection of stories A Worrisome State of Bliss in English. This year, in St. Gallen, he will read from A Meaningful Life 2.0 with Primal Matter I-IX, published in India in 2018. Keller is also the co-editor, with Jan Heller Levi, of We’re On: A June Jordan Reader (Alice James Book, 2017) that brings together the poetry and prose of the legendary African-American poet, essayist, teacher and activist. A starred review in Publishers Weekly declared „This book is not just a collection of figurative words; it is a tool for liberation.“ His forthcoming projects include Hip Hops: Poems about Beer (Everyman’s Library Pocket Poets Series, 2018) and Blizzards: Classic Russian Stories (Everyman’s Library Pocket Classics, 2019). www.christophkeller.us

Jan Heller Levi has spent the last twenty summers in St. Gallen, when on sabbatical from her professorship at Hunter College of the City University of New York. Now she’s here permanently, and working on her Schwyzerdütsch. Her first book of poetry, Once I Gazed at You in Wonder (1998) won the Walt Whitman Award of the Academy of American Poets. Since then, she has published two more volumes of poetry: Skyspeak (2005), and Orphan (2014). Levi edited A Muriel Rukeyser Reader (1994) and co-edited with Sara Miles, Directed by Desire: The Collected Poems of June Jordan (2005). Most recently, she co-edited, with Christoph Keller, We’re On: A June Jordan Reader (2017). Her bilingual selected and new poems, That’s the Way to Travel/So sollte man reisen, translated by Florian Vetsch and Clemens Umbricht, with artwork by Marlies Pekarek, is forthcoming from Moloko Press, 2019.

Clemens Umbricht is a publishing director in Teufen, Switzerland, and has published several volumes of poetry. His books of poems include Museum der Einsichten, orte-Verlag, Oberegg, Switzerland (2012); LyrikHeft 13, Sonnenberg-Presse, Chemnitz/Kemberg, Germany (2012); Die Augen über dem Bildrand, San Marco Handpresse, Neustadt (Germany) 2007. His poems are published in anthologies, newspapers and magazines. Awards for his work include twice the Poetry Prize of the Swiss literary magazine orte. He lives in Andwil, Switzerland.

Florian Vetsch is a teacher of philosophy and German language at Kantonsschule am Burggraben in St. Gallen, Switzerland. In 1992 he achieved his doctorate in philosophy. He has published poetry, diaries, essays and anthologies. His translations include works of Jack Black, Paul Bowles, Ira Cohen, Mohammed Mrabet and many others. His most recent works are a collaboration with the artist Peter Z. Herzog titled Sapphische Flaschenpost – Vom entsetzlich aufschäumenden Eros (2016) and the second printing of the cult reader Tanger Telegramm (2017), which he co-edited. He lives in St. Gallen, Switzerland.